Recently, we have written an article about narrow and thin, and this time we’ll look at the opposites – wide/broad and thick. Read on to know everything about the words…

Something that is thick has a large distance between its two opposite sides: a thick layer of dust, a thick slice of ham, thick walls, thick ice, etc. 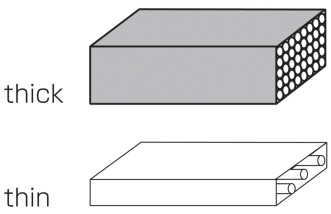 Just like its opposite, thin, thick has many other meanings:

– The cardigan is very thick and warm. (= it’s made from thick cloth)

– Thick black smoke was pouring out of the chimney. (= the smoke was difficult to see through)

– His voice was thick with fury. (= you could clearly hear fury in his voice)

Something that is wide measures a large distance from one side or edge to the other: a wide street/boulevard, a wide area, a wide river, a wide road, wide feet, etc. 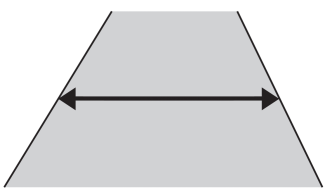 Something can be both thick and wide. For example, a brick.

“Wide” is often used to mean some different things:

– She brought a wide smile to his face. (= bright/broad smile)

– His eyes were wide in disbelief. (if you open something wide (e.g. your eyes or mouth), you open it as far as possible or to the fullest extent)

– There is a wide range of tasks. (= a lot of different tasks)

– The report looks at women’s employment in its wider social context. (= concerning the basic aspects rather than the details)

Still, the adjectives are not always interchangeable. For example, you can say “a broad accent” to mean a strong accent, but you cannot say . You should also remember the following collocations:

Here are the phrases which need to be used with “wide”: 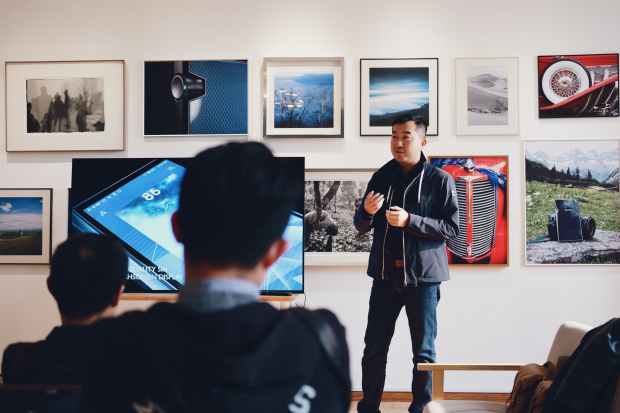 We just must be broad-minded. ()

Do you have questions about thick, wide and broad? Feel free to ask them int he comment below. Thank you for reading! 😉