Yesterday all my troubles seemed so faraway

Now it looks as though they’re here to stay

Oh, I believe in yesterday

Suddenly I’m not half the man I used to be

There’s a shadow hanging over me 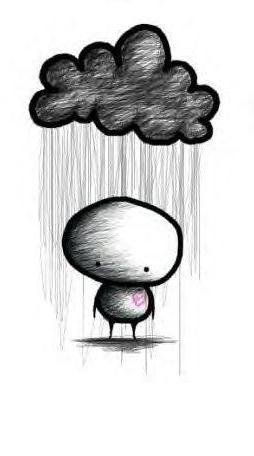 There’s a cloud hanging over me!

So, the man means that his life is full of worries and uncertainty, troubles that are here to stay.

Also, if you have something hanging over your head, it keeps bothering you: I have a credit card payment hanging over my head.

I said something wrong

Now I long for yesterday

Yesterday love was such an easy game to play

Now I need a place to hide away

Oh, I believe in yesterday…

GRAMMAR IN THE SONG

Yesterday all my troubles seemed so faraway

Now it looks as though there here to stay

I’m not half the man I used to be